Good morning Magnolia friends,
I have been having a little fun at my craft desk with the new Shadow stamps "Little sunshine" and a newbie Tilda, Tilda with kneesocks from the "Sakura" collection. 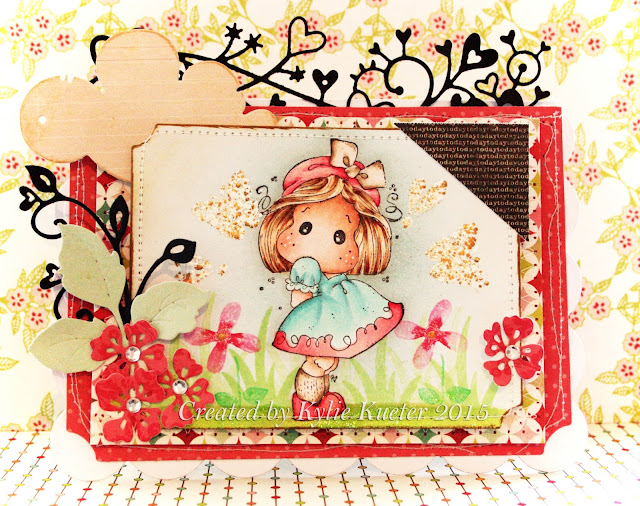 Tilda has been coloured with copics and the background has been created by colouring the shadow stamps with water markers. It was fun to experiment with shadow stamps, I have to say, it has been a while since I have had a play with stamps that are not outlines. 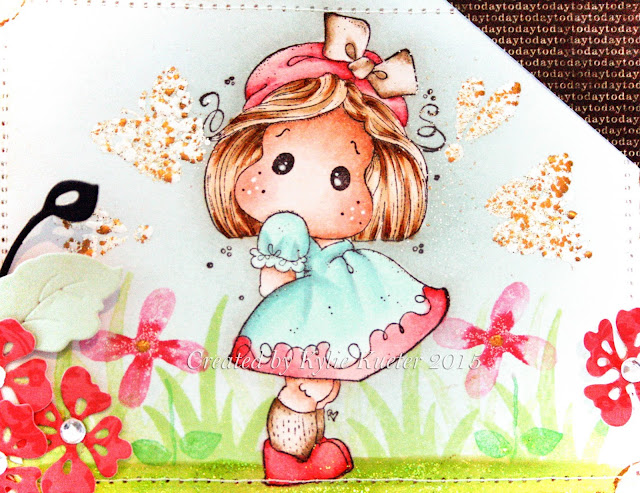 The card is a fairly bright and colourful :) Its winter here and has been a dark and rainy week, I was in the mood for some bright colours to cheer the house up.

I hope you have a fun weekend of crafting planned!
Until later, Kylie xx

Posted by Kylie No comments:

Happy Sunday Friends,
I have a card today with a cute little birdy to share. 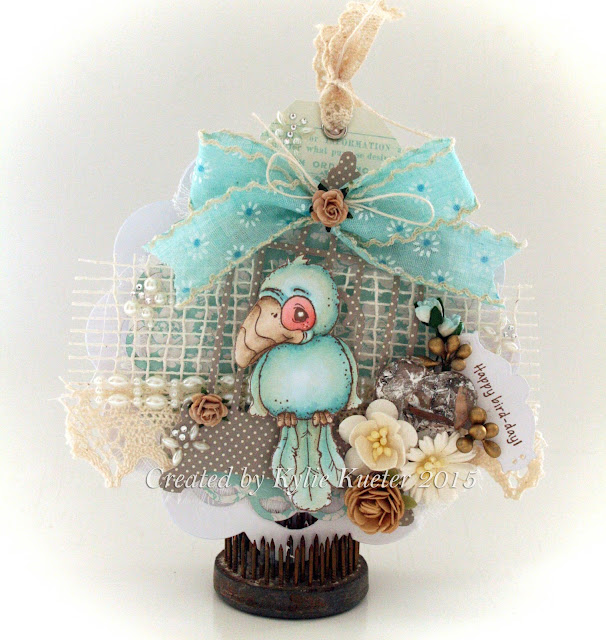 I have used a lot of Ribbon Girl embellishments on my card. 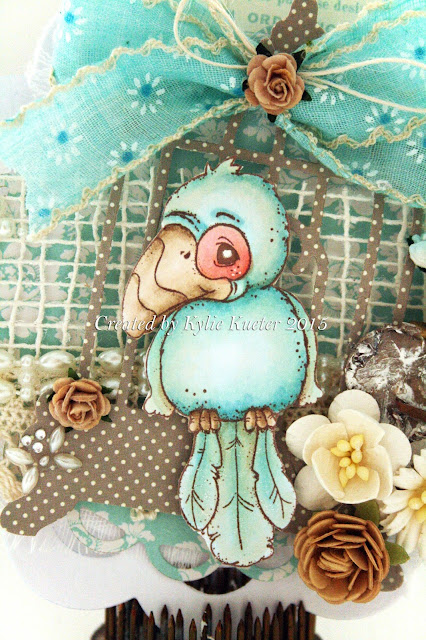 The cute bird is from the Pets collection of 2009 and I cut the card base using a Marianne Design die. 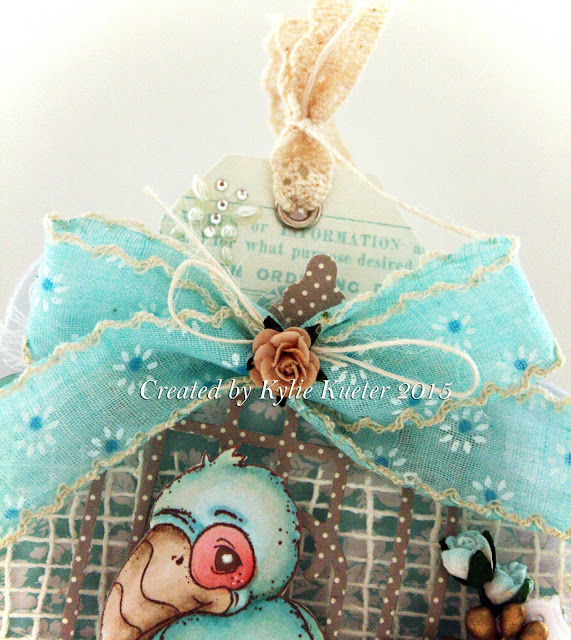 The bird is coloured with Copics and sentiment is Stampin up 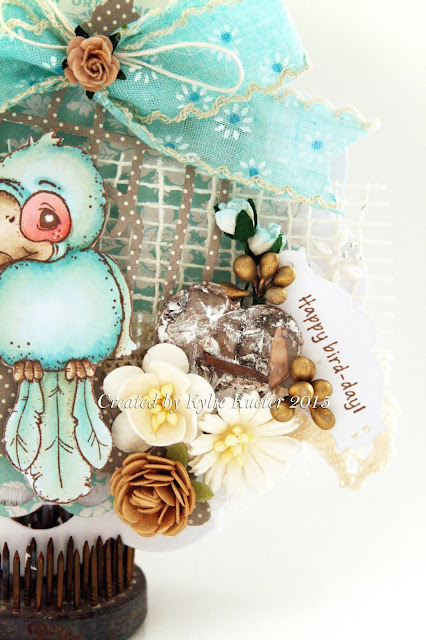 I hope you get a chance to get crafty this weekend!
Kylie x 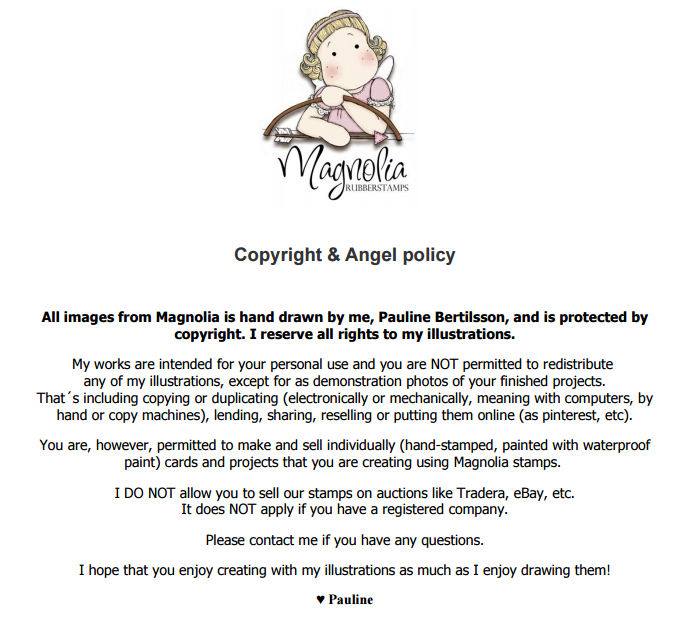 All blog content, including text, photographs, cards, graphics and templates is copyright of Kylie Kueter unless otherwise stated. It is shared for your personal inspiration ONLY and may not be copied for publications or contest submissions or for any other reason. If you wish to use any of my designs for any reason at all please attribute the artwork to me by a link in your posts as I do in mine. Please feel free to contact me if you have any questions. Thanks!